Western Australia is overflowing with local cabaret talent – check out some Friends of LVC performing around Fringe World 2021 and support our homegrown heroes! 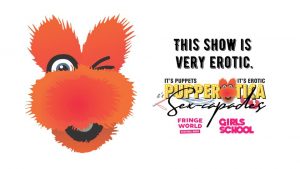 Pack your sex toys and lace up your kinky boots; we’re going on an adventure! Back for their 6th all original erotica-fest, Perth’s naughtiest puppets are out of lockdown and ready for their most adventurous show yet. From the desert to the jungle, prepare for a 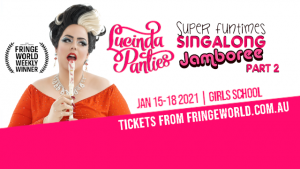 After improper kazoo use, surprise showgirls and an operatic Kate Bush To-The-Death-Match earned the Jamboree a 2020 FRINGE WORLD Weekly Award, Lucinda Panties and her special guests are back and looser than ever, with a brand new selection of music, meaningful insights, and stupid shenanigans to share.
Expect the unexpected in this genre-bending show spanning countless eras and styles, where the audience gets to join in too! Get involved by bringing an instrument or singing along from your seat, or just sit back and enjoy the musical earworms, camp comedy and dazzling cabaret. FRINGE WORLD meets Coles Radio in this stupid-yet-clever show.
Presented by Lucinda Panties, January 15-18
Buy Tickets
Instagram
Facebook 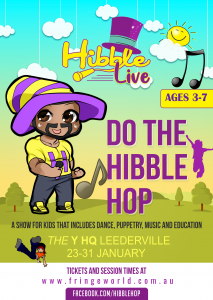 Do the Hibble Hop!

Hip hop artist, qualified school teacher and certified counsellor, Hesh Habibullah, is set to bring his one man children’s show Do The Hibble Hop to the 2021 FRINGE WORLD Festival!
The show will bring together elements of hip hop, puppetry, rap, storytelling, and dance to take children on a journey to learn about animals, the alphabet, basic counting, and healthy food options.
Do The Hibble Hop is a hip hop experience for children that will have them singing and dancing all the way home and maybe right up until bed time… sorry parents!
Presented by Hesham “Hibble” Habibullah
Buy Tickets 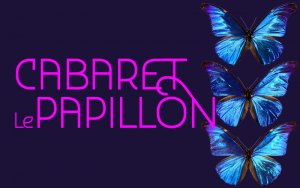 Cabaret Le Papillon focuses on newcomers to the burlesque and cabaret scene as well as established artists trying out new works. Cabaret Le Papillon brings together charismatic performers from the realms of burlesque and cabaret for a unique night of works you are unlikely to have seen before and may never see again! It can be a little loose, but there is magic in the sense of the unexpected.
Presented by Whisky A’More
Buy Tickets 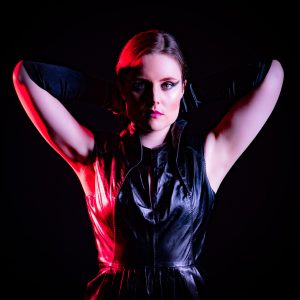 Camden Champagne was born under the blazing lights of the Charles Hotel on August 9th, 2017. She is a bright young hedonist – the sparkle in your wink and the bubble in your drink! She is based out of Perth, Western Australia and is a burlesque enthusiast and connoisseur of the sheer, the smooth and the resting bitch face.
See Camden at Fringe World at A Night at The Opera and Worship: The Gilded Edition 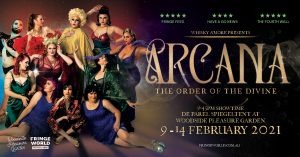 ARCANA: The Order of the Divine 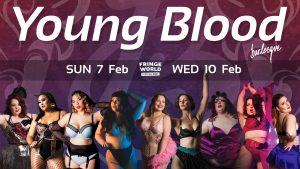 Welcome to Young Blood — a group of emergent burlesque artists with a passion for performance and a desire to push boundaries. Jump into our world of feminine seduction and be teased by your local burlesque goddesses.

Whether you are a top-shelf connoisseur or a house wine type, we have something for everyone from comedy and satire to classic bump and grind. Come take a sip of some empowered sensuality. 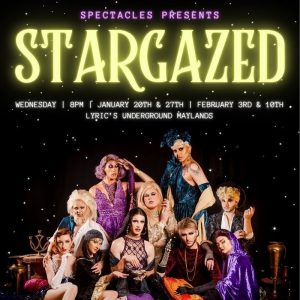 Explore with us on a Wednesday night as each Drag Performer, of all different identities and genres, explores the relatability of each Star Sign through song, dance, music, comedy and Burlesque!

Come with us for Stargazed as we explore the origins of how we feel and act through a modern lens and a revisionist sensibility.

Come, sit back with us, as we look up to the alignments in the sky and get Stargazed.
Presented by Spectacles. 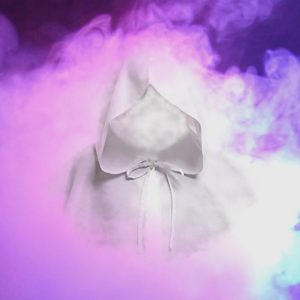 If you could speak directly to your chosen art, what would she say? Would she smile on you like an old friend, or offer you a stinging rebuke? Would she be pleased to claim you as her representative, or would she rather pretend you had never met? Join multi-award-winning magician Michel Fouche as he explores these questions in an interactive theatre experience. More than just a magic show, this is a journey into the very heart of magic to ask: is there still meaning in this ancient art form?
Presented by Michel Fouche 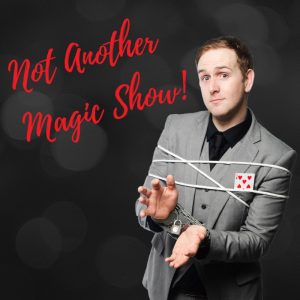 Not Another Magic Show!

Cameron the Magician presents a jam packed 60 minutes of hilarious, high energy and interactive magic… just for the older kids. Coming off a successful run as part of Juggling Vs Magic (★★★★½ from Fringefeed), Not Another Magic Show has everything from daring escapes, to dangerous stunts. 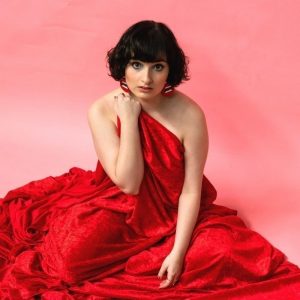 The innocent, the nymphet, the groupie and the wh*re collide in a mess of no-holds-barred comedy, rock’n’roll, and signature scathing wit. Perth’s cult favourite comedy-cabaret riot grrrl is ruining all her own – and your dad’s – favourite songs, calling out their singers’ underage backstage exploits, and delving into the wonderful world of 1970s groupie culture.

After its smash hit FRINGE WORLD 2020 run and packed-out encore performance, DADDY’s coming home for the very last time – catch Best Comedy and Best Cabaret Nominee Jamie Mykaela before she takes her talents to the UK for good.

“Feminist cabaret masterpiece” ★★★★★ Gutter Culture
“A must see show, the kind of show that the best of Fringe is made of” ★★★★½ Fringefeed.
“A triumph of the Fringe” ★★★★ Pelican Magazine 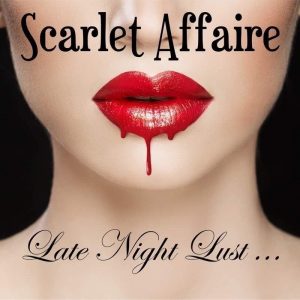 Lust and torment are delicacies best served through the burlesque beauties of Scarlet Bell’s Premier Troupe in this returning show after it’s success in 2020. You’ll be entertained as the Troupe brings their best to the stage with a degustation for the senses… the main meal of sultry and sexy with a side of raunchy undressing!

Late Night Lust will tease and titillate with debut routines, provocative costumery and fresh faced fantasies for you to feast your eyes on. Bring a loved one, or even a first date perhaps? Bring a crush, a loving partner, a BF or FWB even, just bring someone along to share in the lust and longing. Join us on a journey that will leave you sated, but begging for just one more serve…
Presented by Scarlet Bell Burlesque 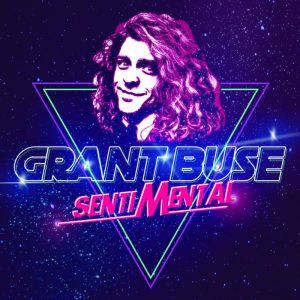 Remake. Reboot. Remix. Were the good old days really that good? Nostalgia ain’t what it used to be! SentiMENTAL celebrates and mocks the never-ending nostalgia assaulting our modern senses. After touring Europe for the last 2 years, comedian and musician Grant Buse returns to Perth to deliver a hilarious music-fuelled deconstruction of our selective memories. 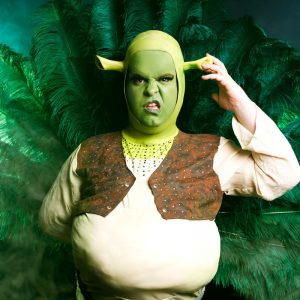 Wanna see them stripped back?

Shreklesque is the world’s only burlesque show dedicated to the best movie of all time! Don’t be green with envy and miss out on this hilarious, raunchy and damn right naughty show.

“Shreklesque was a lot of fun, and definitely a unique viewing experience” ★★★★ Pelican Magazine, 2020
Presented by Trigger Happy Productions 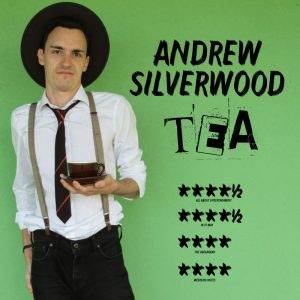 Cheeky Brit, Andrew Silverwood has overstayed his welcome. But with a lot of spare time on his hands, he’s written a much anticipated follow up to 2020’s “Call me Janice.”

It’s basically one of the only International shows you can catch this season.

Some people don’t like award-winning British stand-up comedy. This show won’t be for some people. This show is for people that like close to the bone stories about a dodgy holiday massage, going to the wrong funeral and coming face to face with that guy from The Wiggles.

Introduced onto the stage by WWE Wrestling Hall of Famer, Mick Foley, Andrew Silverwood won’t be everybody’s “cup of tea,” but those that love him, LOVE him. 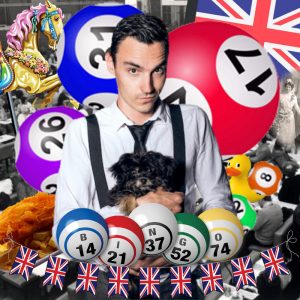 A right royal knees up! Brighton beach style bingo. It’s getting a facelift, it’s hipster, it’s cool, it has sing alongs and swearing!

We’ve made the UK’s national sport fun again and you, the audience get to play 3 rounds of proper bingo from your very seat!

Hosted by one of the only Brits trapped abroad, East London’s own Andrew Silverwood!

It’s got glitter, union jacks, special tie breaker rounds proper themed prizes! Plus! You could win the chance to take home $100! That’s, like, over 50 quid (thanks Brexit!)
Presented by Andrew Silverwood