Musings on our Fourth Season of ‘Fringe Firsts’ 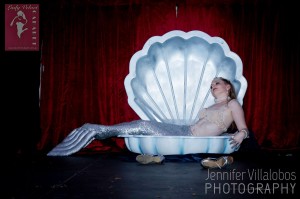 What an amazing start to 2015! We were thrilled to participate once again in Perth’s Fringe World Festival, one of Australia’s most rapidly growing festivals, and definitely one of the country’s most popular Fringe events.

We have participated in the festival since 2012, when we hosted the Burlesque Garden show, and teamed up with Azure Entertainment and EPW Wrestling to produce the Lucha Royale (which ended up taking out the People’s Choice Award). It’s quite a thrill to walk past the (currently closed) Treasury building on the corner of Barrack Street and St George’s Terrace and remember our first ever Fringe festival, where our changing room looked directly onto the street (and the street looked in), where we had to hop over holes in the wooden floor backstage, and where our performers scurried through the labyrinth of rooms that lead from our Burlesque Garden stage to the Lucha Royale stage (yes, we managed to perform in two shows simultaneously!). We shared a venue with local performers like comedian Bonnie Davies (B.S… Before Sharron, now the unofficial Fringe Mascot as far as we’re concerned), as well as international circus acts, whose shows we watched whilst peeking through the bleachers. The early, formative years of Fringe were a special time and we doubt we’ll see anything quite like them again. 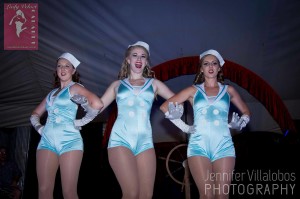 These days the festival is huge – and we mean huge. In 2012, the festival held over 150 performances, and we competed with noise and crowds from the Perth International Arts Festival – when Les Studios de Cirque dumped two tonnes of white feathers onto St George’s Terrace, the 20,000 strong crowd had no idea who the kooky showgirls and circus performers watching from the ‘abandoned’ Treasury building were. This year, Fringe featured over 500 shows and stood strong on its own two feet as the Giants passed us by.  The huge number of shows on offer this year gave audiences a previously unimaginably rich programme of events to choose from – the sheer number of talented performers converging upon Perth, Northbridge, Midland and regional centres is a testament to the hunger that W.A. audiences have for culture, cabaret and comedy!

Despite it being the fourth year of Fringe for Lady Velvet Cabaret, it was certainly a new year filled with new lessons and lots of firsts! For the first time since 2012, we ran two shows (in 2013 we produced the murder mystery Club Velvet and in 2014 we teamed up with Kinetica for Reveal), each offering a different side of the Cabaret.   Deep Sea Divas ran for six nights at the very beginning of the festival in the Big Top – a large venue with a great audience capacity as well as aerial rigging, giving us the opportunity to feature wonderful local and interstate circus artists in our show. We experienced many ‘firsts’ in this production, for instance it was the first time our staple male performer Kasey Carson was brought in to portray a character who is actually likeable! He brought our dorky cruise ship passenger to life and lead audiences through a fun and quirky journey (both above deck and below.. so to speak) which culminated in a plot twist and an electrifying finale! 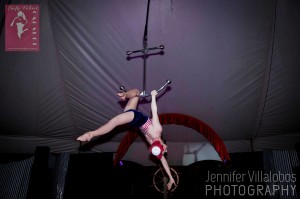 This was also the first time we’ve ever had to cancel due to inclement weather – and it’s easy to understand why, with Fringe taking place in Perth’s balmy summer months! We’ve never seen such fearsome summer storms, which really shook the Fringe venues (most of which are tents). The preceding night’s show took place in a downpour, in our non-watertight tent – it was nearly interrupted by a runaway umbrella (used to shepherd glamorously costumed performers from the dressing area to the backstage area), and filled with nervous jokes amongst performers about the risks of electrocution when using a microphone under a big roof leak. Even though the show was underwater themed, we thought a flooded venue wouldn’t be conducive to a great performance! The season finished without any dramas, and our guests were a wonderful combination of rowdy burlesque veterans and new cabaret converts.

We had a well-deserved break between our seasons this year, which gave us the opportunity to not only perform in some other local productions, but also to check out some shows ourselves! The variety and quality of the programme this year really was a stand-out, and speaking of Fringe Firsts, I think it was the first time we found ourselves totally overwhelmed with choice, to the point of flipping coins to decide between two shows! It was great to have the iinet rickshaws to get us from A to B quickly, so multiple shows could be experienced in the one evening. 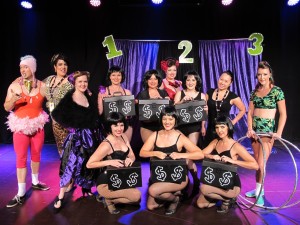 Towards the end of the festival (in fact our final show took place on the last night of the festival, with the venue being torn down almost as soon as we were off the stage), we took over the new Teatro venue in the cultural centre with Hey Hey It’s Cabaret! Deep Sea Divas and Hey Hey It’s Cabaret were poles apart, with HHIC (as it affectionately became known amongst our performers) taking us to new heights of wildness and wackiness! A madcap cabaret-cum-game show, HHIC was hosted by Lucinda Panties and Osborne Ostrich (we knew the likeable character thing wouldn’t last long for poor Kasey), an odd pair of game show hosts who agreed on only one thing – dragging audience members through strange and naughty games, interspersed with saucy burlesque numbers and amazing circus acts is FUN!  It was so much fun to let loose and enjoy the ridiculous side of cabaret, and it was a fitting finale to our fourth Fringe festival!

We will be looking on with interest to see how the Fringe World festival grows and changes over the coming years. It’s certainly been a wild ride, and to say we’ve loved and learned from the past four years would truly be an understatement.  We feel that the festival reflects Perth city itself – we’re in a period of rapid change and adjustment right now, particularly when it comes to the arts. It’s hard to find anyone who doesn’t have an opinion on the issues that have come up in recent months – venue closures, late night trains and funding for cultural events. We hope this discussion will spur on further development of the cultural sector, which, let’s face it, is inundated with action in January and February (so much so that punters are burnt out by the time Fringe/PIAF are over), but finds itself struggling to fill venues (or keep them running) at other times of year. We want to emphasise that this is not for lack of performers or producers – Perth is blessed with a cultural scene that is growing at an incredible pace, but it needs support in order to flourish.
We sign off on this walk down memory lane with a thought – how lucky are we to live in a city where we have a hand in the nurturing of a blossoming cultural scene, where citizens are lucky enough to be spoiled for choice when it comes to touring and festival events! Let’s not forget though that for many, the fun and frolicking is really their bread and butter. After the tents and bunting are packed away, Perth is NOT a cultural wasteland – all you need to is keep your weekends (and weekdays) open, and the fun of the Fringe can continue all year round! 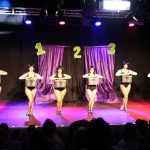 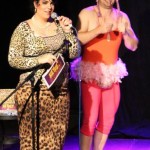 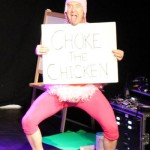 Osborne Ostrich is known for his subtlety 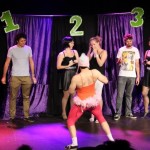 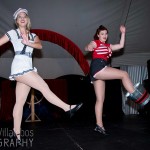 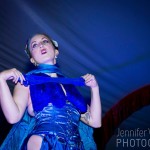 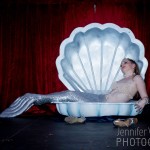 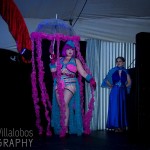 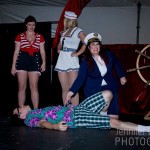 Kasey Carson has had a make-under for Deep Sea Divas 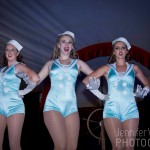 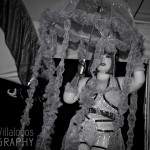 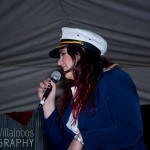 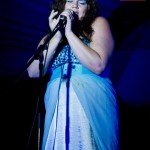 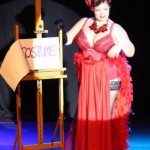 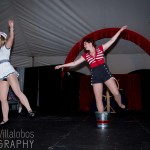 The cast of Deep Sea Divas 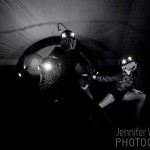 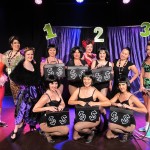 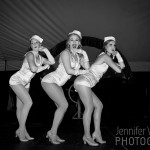 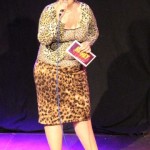 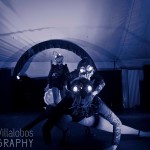 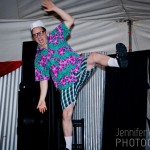 A clumsy cruise passenger about to fall